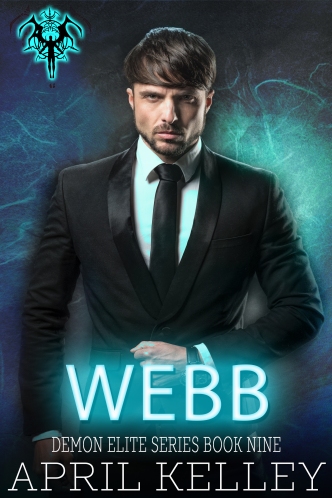 Even if Webb wanted a May-December romance to work, it might be too late if he can’t win Dario’s trust.

Dario Navarro is a twenty-four-year-old man who has taken care of his ill mother his entire life. When his mother’s illness gets to be too much and he has to put her in a nursing home, rediscovering himself turns out to be harder than it seems. All he wants is someone to rely on, who has his back. He’d thought maybe Webb could be that person, but Webb’s issues with their age difference stand in the way.

Living in Southwest Michigan, April resides with her husband and two kids.  She has been an avid reader for several years, writing her first story at the age of ten. The characters in her head still won’t stop telling their stories.  If April isn’t reading or writing she can be found outside playing with the animals or taking a long walk in the woods.

Fridays with Friends & Favorites is a weekly post featuring authors, designers, editors, and anyone else brave enough to show up. And sometimes, my favorite book of the week might take the spotlight.